Check out the “Walk Score” for the Nelson House!

The Science of Good Living says that people in walkable neighborhoods weigh 6-10 lbs less and are happier and healthier. Short commutes reduce stress and increase community involvement. Walk Score helps people find a walkable place to live. Walk Score awards the Nelson House with a score of 77 which is VERY walkable… only 16% of Austin residents have a higher score! The average house in Austin has a score of 55. Stay with us and see why we love our neighborhood so much! 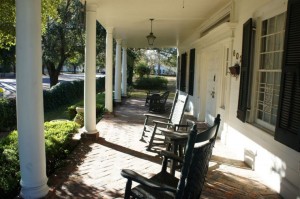 We wake up in this magnificent house that I spent my teenage years in. It sits on an acre of land on the main street of Port Gibson, pop. 3,000. Built in 1820, it is not overly large but has 3 bedrooms and high ceilings like your typical southern antebellum homes.

Also on the grounds is a garconairre (a room detached from the main house that, in a bygone era, housed a grown male child living at home) where I lived, and a brick dependency (a nice word for slave quarters). The dependency, back in the day, also housed the kitchen, when cooking was done with wood burning stoves, to avoid burning down the house.

Since my parents have moved to Austin and no family members still in Mississippi, we have the house up for sale and I was meeting with the real estate agent. It is interesting – we’ll be lucky to get $150K for it and the same property, on my block in Austin would be worth close to $2 million! 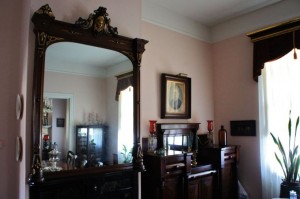 We spend the day working in the house and touring Mel around town, since this will probably be his last
trip there. Mel and I have been friends since the 60’s and he has visited my parents there many times.
It’s an absolutely beautiful town with huge trees making an arch over the streets and over 100 buildings
150+ years old. Unfortunately the town is slowly dying because of lack of economic opportunity and
inept local politics. Our work consists of inventorying and cataloging the furniture and fortunately Mel
likes it and thinks it will fit in our project in Apalach, either in the stores or in the rooms of the boarding
house. We also see Larry, my furniture guy, about rebuilding and refinishing an old armoire. Mel finds
a treasure trove (he thinks – my wife is skeptical) of about 75 old framed family portraits and art pieces
that have been stored in a dusty room in the brick dependency. Most are so dirty you can’t tell what’s
behind the glass. Mel takes a bucket of soap and water and some rags and goes to work. He saves about
30 and we pack them in the car with plans to decorate the walls of the boarding house. 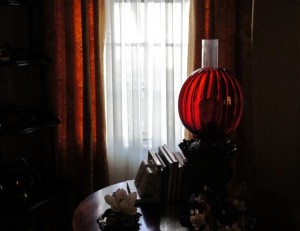 We end the day with Southern libation and dinner of Chicken a la King and another round of fresh
vegetables. Tomorrow it’s off to Apalach.

Its mid-April and I’m driving across the South on my way to Apalach, with a detour in Port
Gibson, with my great friend and Apalach business partner, Mel Livingston. Yesterday we participated in
a tennis tournament – I would have said “played” but that would have been hyperbole, given the way
we performed. We got in 64 games in a 22 hour stretch and our 65 year old bodies are struggling with
tasks like getting in and out of the car. We’re attacking the problem with gin and tonics and sour mash
whiskey (last night) and ibuprofen and copious amounts of Starbucks coffee (today).

It’s raining on and off so East Texas and Louisiana look freshly washed and amazingly green, with
patches of bluebonnets in Texas fields giving way to lush forests in Louisiana and finally new crops
sprouting in the Mississippi river bottom land. It’s an easy trip, with lots of talk of business opportunities
with real estate in Florida, Savannah and Vermont. Mel and I never get tired of talking about projects
and if we get 5% of them done in our lifetime it will be a great accomplishment. When we get tired of
dreaming we pop in a CD of an American History course from The Learning Company (which I highly
recommend for long drives.)

The purpose of our trip is to check up on and make strategic decisions about our project, the
renovation of a hundred thirty year old building in Apalachicola, FL into a café/wine bar and modern
general store and 4 efficiency apartments upstairs. The side trip to Port Gibson, MS, is to check on the
furniture and furnishings in my childhood home, which we’re closing; to see if will fit in our project. My
parents have recently moved to Austin, along with some of their furniture, but they’ve downsized so my
brothers and I have divided the remains of the 50 years that my parents have lived there. Mel is helping
me decide what will fit into our project. We arrive about 8:00 and immediately revive our gin and
bourbon therapy, take a quick look around and fix a supper of rotisserie chicken, cabbage, new potatoes
a corn on the cob. Tired, satiated and happy we settle into a gentle rain aided Mississippi slumber. 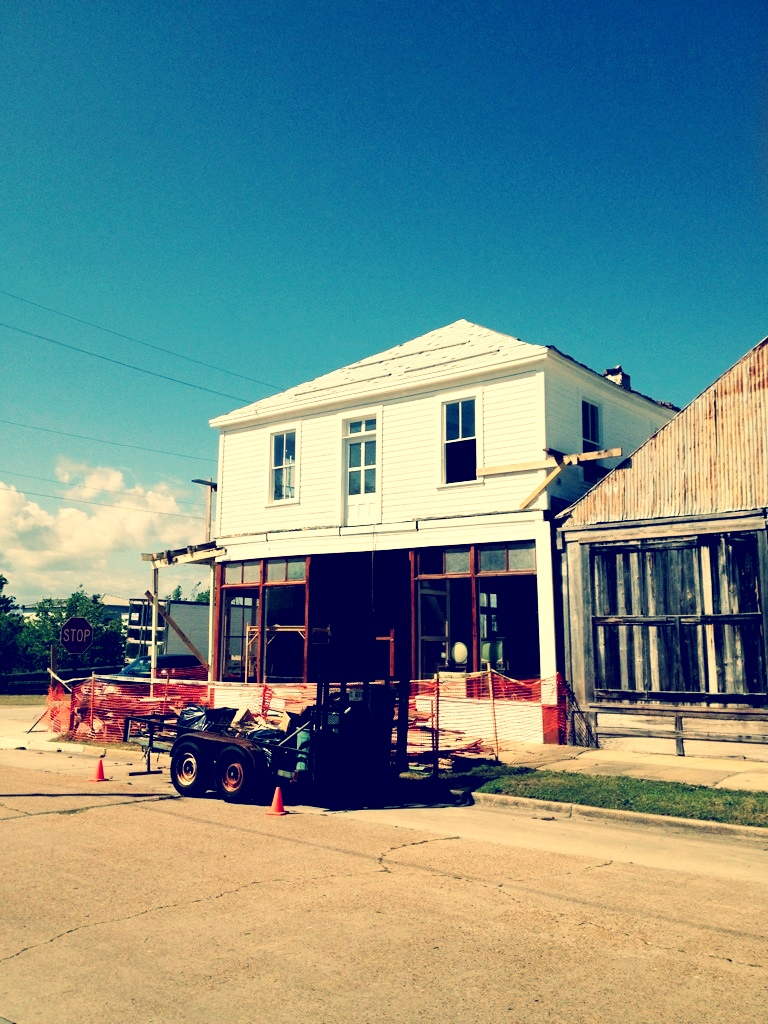 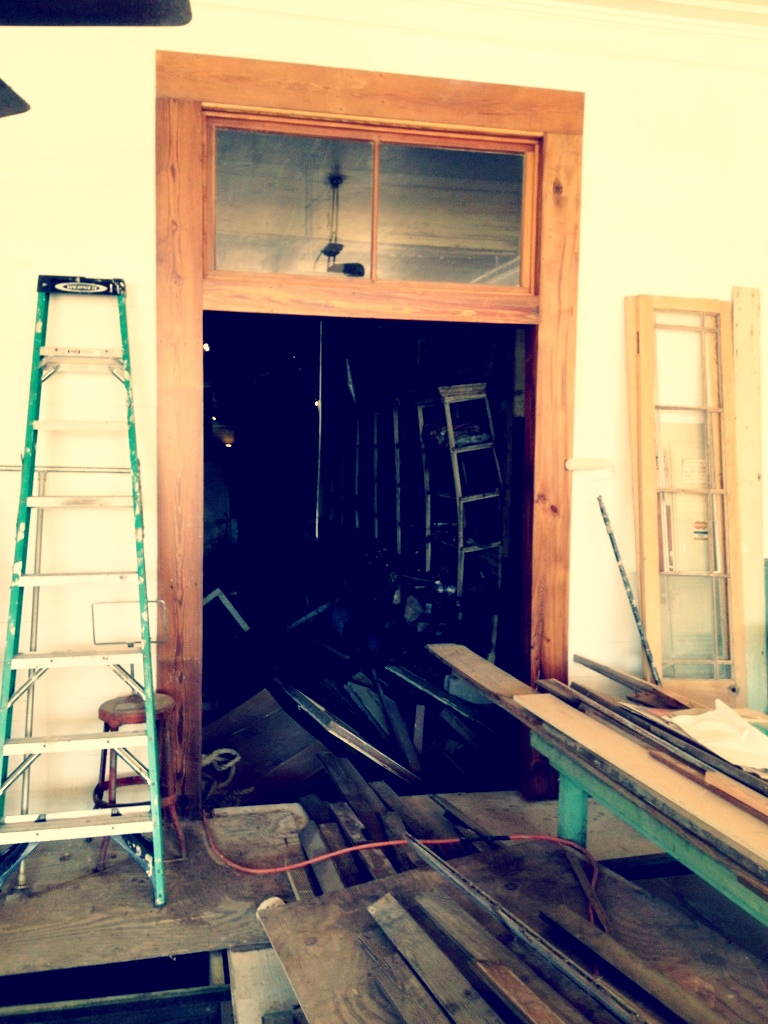 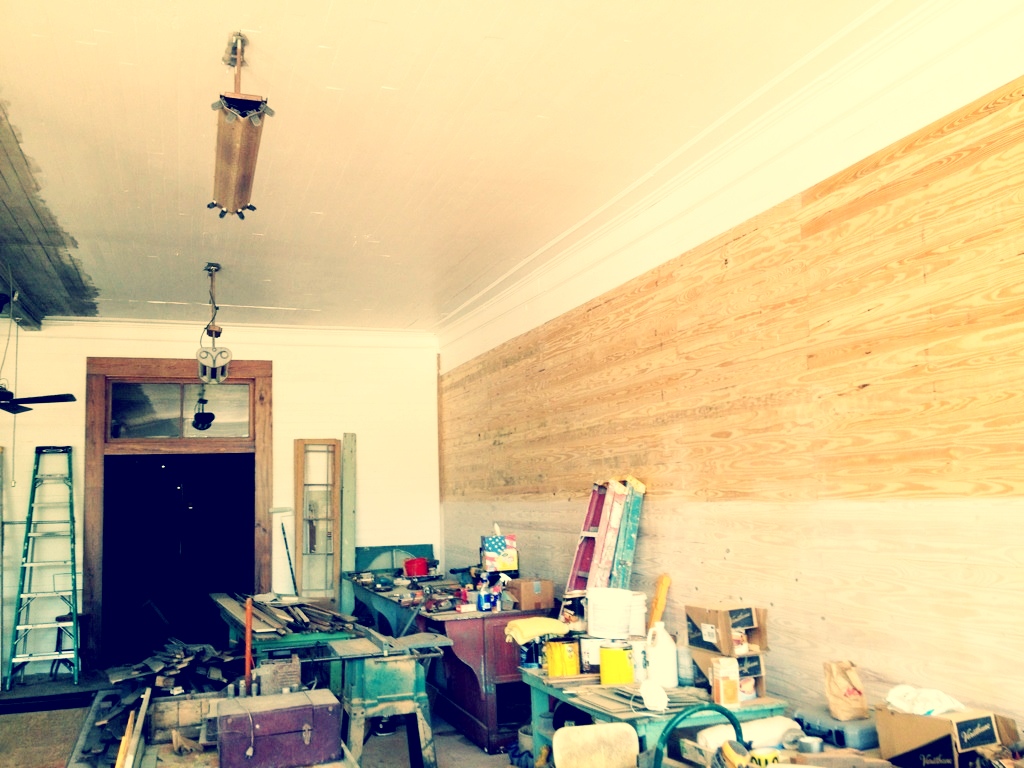 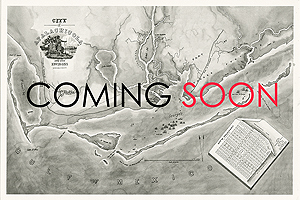